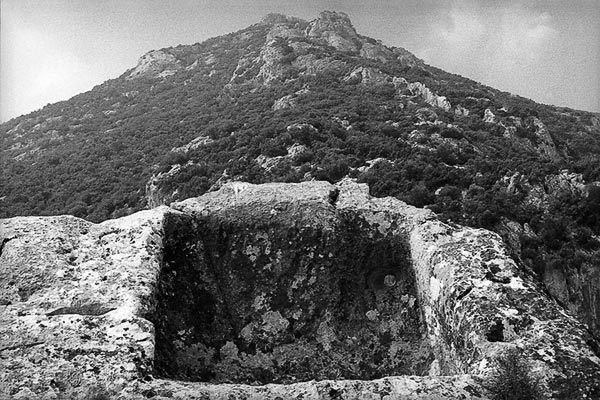 Tantalis appears in classical texts and in, for example, in the account of a Greek travel writer, Pausanias in the 2nd century A.D.

Such a lost city is said to be twenty miles from the port of Izmir on the Aegean coast. King Tantalus, if he existed, would have been a King of Lydia, before the historical king Croesus, and the centre of his kingdom at Mount Sipylus. The tale has it that when he lost the favour of gods, his city, Tantalis, was destroyed by an earthquake and it now lies buried beneath a lake. Here is where another thread of opportunity arises to link these accounts of an ancient city, lost in this way, with Plato’s account of Atlantis. The Atlantis story is very pervasive in ancient history, whether seen as a metaphor or a place of historical significance, if highly exaggerated. It keeps popping up and here here rises again, the idea being that interpretations of location of a lost city, drowned beneath water, were misunderstood from the beginning and misplaced. 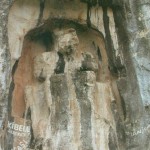 The authors, Peter James and Nick Thorpe, in their book ‘Ancient Mysteries’ explain how on the north face of Mount Sipylus is an effigy carved into the side of the mountain. Pausanias reckoned it depicted the Mother Goddes Cybele, claiming it was carved Tantalus’ son, Broteas. (But I wonder how he would have known that). The sculpture is 30 feet tall and situated 300 feet above the plain below. Apparently there are some Hittite hieroglyphic inscriptions to show that the monument was made in Bronze age times, about 14000 B.C or earlier. Intriguingly, a few miles eastward of the the sculpture is, what James and Thorpe describe as an extraordinary tomb which is approached by a flight of steps, all cut from the rock. It is not possible to say how old the tomb. It is described as unique in its design. Nothing remains inside it. Pausanias thought this could be the tomb of an historical King Tantalus. Between the Scuplture of Cybele and the ‘tomb of Tantalus’ is another location of archeological interest, a large rock cut seat at the top of the crag. 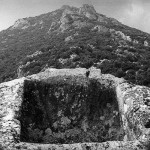