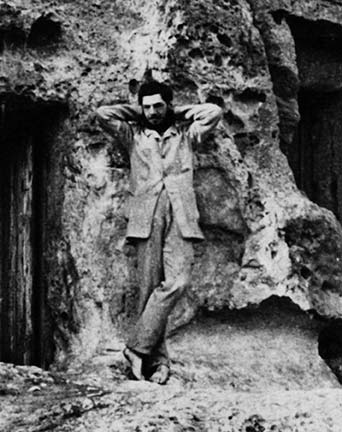 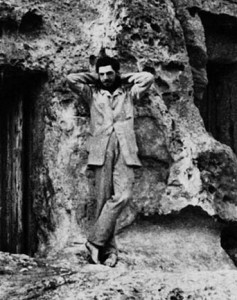 The following extracts are taken from Chapter VIII entitled “Mechanical Methods” in Petrie’s classic reference work “The Pyramids and Temples of Gizeh”. (obtained here via the Global Education project) They concern some of his findings at ‘Gizeh’ during the winters of 1880 and 1881.

“The methods employed by the Egyptians in cutting the hard stones which they so frequently worked, have long remained undetermined. Various suggestions have been made, some very impractical; but no actual proofs of the tools employed, or the manner of using them, have been obtained…”

“The typical method of working hard stones – such as granite, diorite, basalt, etc.- was by means of bronze tools; these were set with cutting points, far harder than the quartz which was operated on. The material of these cutting points is yet undetermined; but only five substances are possible – beryl, topaz, chrysoberyl, corindum or sapphire, and diamond. The character of the work would certainly seem to point to diamond as being the cutting jewel; and only the considerations of its rarity in general,…interfer with this conclusion.”

” Many nations,…, are in the habit of cutting hard materials by mean of a soft substance (as copper, wood, horn etc.), with a hard powder applied to it; the powder sticks in the basis employed, and this being scraped over the stone to be cut, so wears it away. Many persons have therefore very readily assumed(as I myself did at first) that this method must necessarily have been used by the Egyptians; and that it would suffice to produce all the examples now collected. Such, however, is far from being the case; though no doubt in alabastar, and other soft stones, this method was employed.”

“That the Egyptians were acquainted with a cutting jewel far harder than quartz, and that they used this jewel as a sharp pointed graver, is put beyond doubt by the diorite bowls with inscriptions of the fourth dynasty, of which I found fragments at Gizeh; as well as the scratches on polished granite of Ptolemaic age at San. The hieroglyphs are incised, with a very fre-cutting point; they are not scraped or ground out, but are ploughed through the diorite, with rough edges to the line. As the lines are only 1/150 inch wide (the figures being about .2 long), it is evidence that the cutting point must have been much harder than quartz; and tough enough not to splinter when so fine an edge was being employed, probably only 1/200 inch wide. Parallel lines are graved only 1/30 inch apart from centre to centre.”

“We therefore need have no hesitation in allowing that the graving out of lines in hard stones by jewel points, was a well known art. And when we find on the surfaces of the saw-cuts in diorite, grooves as deep as 1/100 inch, it appears far more likely that such were produced by fixed jewel points in the saw, than by any fortuitous rubbing about of a loose powder. And when, further, it is seen that these deep grooves are almost always regular and uniform in depth, and equidistant, their production by the successive cuts of the jewel teeth of a saw appears to be beyond question…”

“That the blades of the saw were of bronze, we know from the green staining on the sides of the saw cuts, and on grains of sand left in a saw cut.

The forms of the tools were straight saws, circular saws, tubular drills, and lathes.

The straight saws varied from .03 to .2 inch thick, according to the work; the largest were 8 feet or more in length…” “…No. 6, a slice of diorite bearing equidistant and regular grooves of circular arcs, parallel to one another; these grooves have been nearly polished out by cross grinding, but are still visible. The only feasible explanation of this piece is that it was produced by a circular saw.”

“These tubular drills vary in thickness from 1/4 inch to 5 inches in diameter, and from 1/30 to 1/5 inch thick. The smallest hole yet found in granite is 2 inch diameter.”

“At El Bersheh… there is a still larger example, where a platform of limestone rock has been dressed down, by cutting it away with tube drills about 18 inches diameter; the circular grooves occasionally intersecting, prove that it was done merely to remove the rock.”

“…the lathe appears to have been as familiar an instrument in the fourth dynasty, as it is in the modern workshops. The diorite bowls and vases of the Old Kingdom are frequently met with, and show great technical skill. One piece found at Gizeh, No 14, shows that the method employed was true turning, and not any process of grinding, since the bowl has been knocked off of its centring, recentred imperfectly, and the old turning not quite turned out; thus there are two surfaces belonging to different centrings, and meeting in a cusp. Such an appearance could not be produced by any grinding or rubbing process which pressed on the surface. Another detail is shown by fragment No 15; here the curves of the bowl are spherical, and must have therefore been cut by a tool sweeping an arc from a fixed centre while the bowl rotated. This centre or hinging of the tool was in the axis of the lathe for the general surface of the bowl, right up to the edge of it; but as a lip was wanted, the centring of the tool was shifted, but with exactly the same radius of its arc, and a fresh cut made to leave a lip to the bowl. That this was certainly not a chance result of hand-work is shown, not only by the exact circularity of the curves, and their equality, but also by the cusp left where they meet. This has not been at all rounded off, as would certainly be the case in hand-work, and it is clear proof of the rigidly mechanical method of striking the curves.”