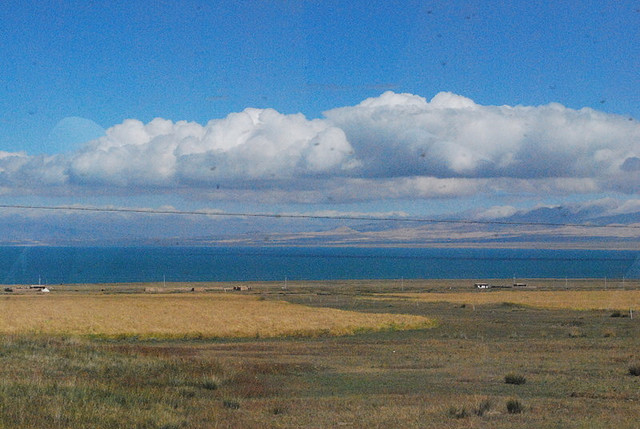 The Beijing Institute of Geology has dated iron pipes found in one of China’s pyramids to be about 150,000 by using Luminescence.

That by would be an extremely abnormal finding and contrary to all known, traditionally accepted history, if the pipes were in fact man-made that is. So, instantly one thinks of a mistake in the methodology used for the dating of the pipes? Or perhaps a rogue article has been published with misleading information before full review of the detail could be ascertained, although to be fair, the chosen source article is littered with sufficient ‘if’s’ with which to cover its tracks in avoidance of any definite assertions of their being man-made. The Pyramid is said to be in China’s Qinghai Province near Mount Baigong, the article of reference here was seen on The Epoch Times dated 20th June 2014 and the topic is found and distributed also to a few other sites and online discussions.It was the state-run news agency Xinhua in China who was said to have formerly reported on the pyramid and the pipework.

The article, reports that there are three caves filled with pipes leading to a nearby salt-water lake, and that there are pipes which run under the lake bed and that they are found on the shore as well. The iron pipes range in size, with some smaller than a toothpick. This research had begun by a team of scientists sent to investigate in 2002. The article states how the head of the publicity department at the local Delingha government told Xinhua the pipes were analyzed at a local smeltery and 8 percent of the material could not be identified. The rest was made up of ferric oxide, silicon dioxide, and calcium oxide. The silicon dioxide and calcium oxide are products of long interaction between the iron and surrounding sandstone, showing the ancient age of the pipes. Liu Shaolin, the engineer who did the analysis, told Xinhua: “This result has made the site even more mysterious.”

Since the idea of man-made iron pipes seems too incredible to be true, what is of interest to me is not so much the efficacy of implying that such a feat of technology was achieved by humans so long ago, because it most probably wasn’t, but rather the method used to date the ‘pipes’ – Luminescence. This is a method of dating which I had come across in the book ‘Sand’ by Michael Welland and noted here on Quantum Gaze previously. Luminescence and dating the construction of megalithic buildings

Luminescence works on the basis that as cosmic rays constantly bombard the earth, the nuclei of some silica and oxygen atoms in the stone are converted to a new unstable form, an isotope, in which an electron is ejected but trapped in the crystal structure. By stimulating the release of these atoms through luminescence, it is possible to work out how long the quartz has be exposed or shaded from the cosmic rays and thus a date for the age of the stone work ascertained. It’s interesting to see that Luminescence is being applied in investigations of this kind and it was this method that I have wondered if it could be applied, or had been applied, to the dating of megalithic buildings.

If the dating in this instance of the iron pipes found in China is correct, then here is one plausible suggestion perhaps, seen on an online discussion which responds to the topic thus, “Iron gets deposited along water seepages. Over time, the iron builds up to a visible coating. Something like that. Rare because it is very specific set of conditions, but very very neat”. And that would seem a neat solution to the mysteryu the article raises.

via 150,000-Year-Old Pipes Baffle Scientists in China: Out of Place in Time? – The Epoch Times.