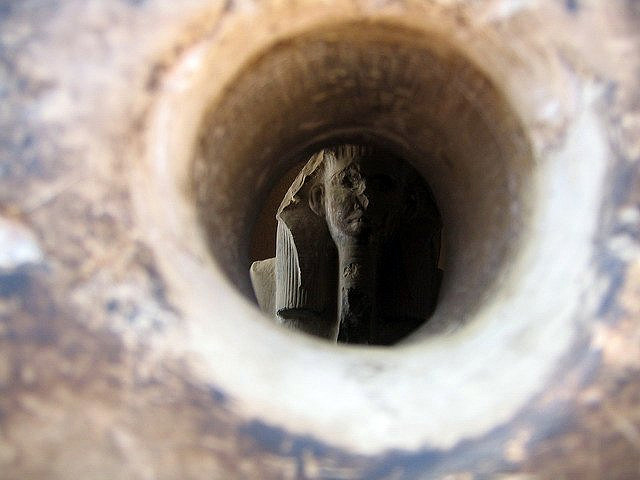 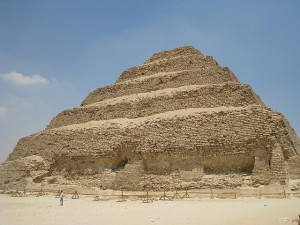 Statue of Djoser in his Serdab 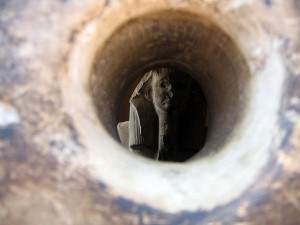 The above notes are from: Djoser’s Step Pyramid in Saqqara – Wikiversity.

Reading up about the Serdab, very little else is said about it. It is as though no one asks what on earth was its purpose? Why build it and position it in such a fashion? Why would a stone statute require to be seated in such a building, almost like a stone built, tilted shed, with two holes in the facing wall? Robert Bauval calculates that the view was orientated 4 degrees and 35 minutes east of due north toward the star Al Kaid in the Big Dipper (in Ursa major). This star marked the rising in the East of the Star, Sirius, but does anyone else have a comment? Is Robert Bauval’s explanation for the Serdab and the statue upheld?

The making of the holes in the stone is in itself intriguing. How were they achieved?

For a general and informative article with additional links and references: ‘The Mortuary Temple, Serdab, Northern Courtyard and the West Mounds of the Step Pyramid of Djoser at Saqqara, Egypt’, click here