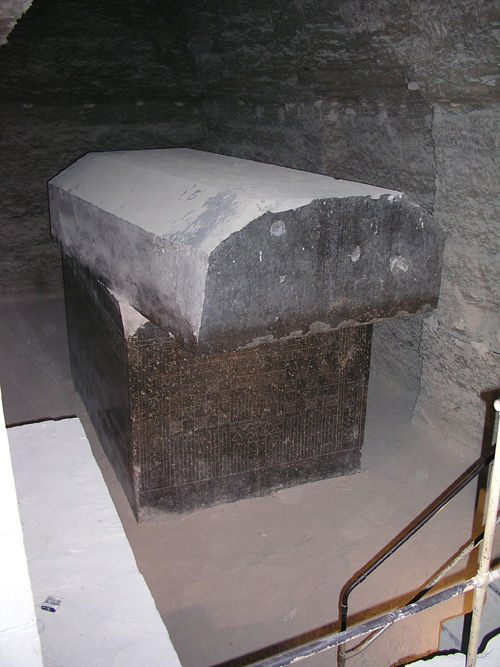 There is lots to fascinate about the Serapeum but probably most especially the twenty four enormous sarcophagi, measuring 4m long, 2.30m wide, 3.30m high and each weighing over 80 tons, made of granite: 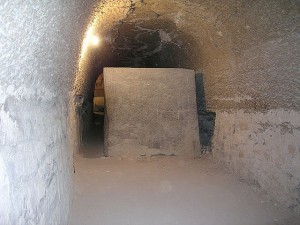 It seems amazing that such a fascinating site as the Serapeum at Saqqara in Egypt presents itself in such a barren landscape, near to Djoser’s Step Pyramid, yet with such poor signage as to suggest meager interest and a sense of disregarded. Some how, all that is amazing about this construction is not only buried beneath  ground, as it was when built, but the wonder and enormity of it also seems dismissed as though that too is to hidden from view. Any significant interest in the Serapeum is not very evident. The old wire fence that surrounds the site is ugly, though not overly visually obstructive, and there is a paucity of information present pertaining to the site in a dilapidated or poor condition. A surprise to see. I would have thought this to be among the most amazing features of ancient Egypt.

There is lots to fascinate about the Serapeum but probably most especially the twenty four enormous sarcophagi, measuring 4m long, 2.30m wide, 3.30m high and each weighing over 80 tons, made of granite. The Serapeum is an underground development comprising a complex network of narrow tunnels within which the large sarcophagi are located. It is baffling to think how these sarcophagi were ever moved and positioned within such a tightly confined space.  Two of the sarcophagi have inscriptions, but these are poorly drawn as though addded later by someone very inexpert in the task, unlike to sarcophagi which are superbly made with great skill in stonework. The others are totally smooth in finish. All of them are carved from a single block of granite. The corners are perfect inside and out, and the sides are said to be exactly parallel. Apparently there are notches that allow the 4.30m wide lid to be rotated sideways on its central axis and to remain in position on the edge of the sarcophagus. This indicates that the sarcophagi were used open as often as closed. 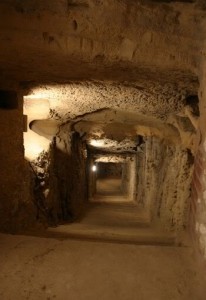 The dating of the Serapeum and how its was achieved seems a mystery. Dates suggested seem to vary considerably. 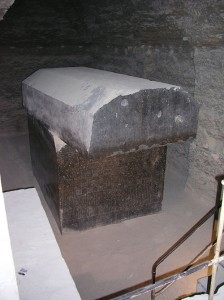 Questions remain as to when the Serapeum of Saqqara was built for sure, how the sarcophagi were made with such expert precision, and how were they maneuvered into place. It seems incredible.