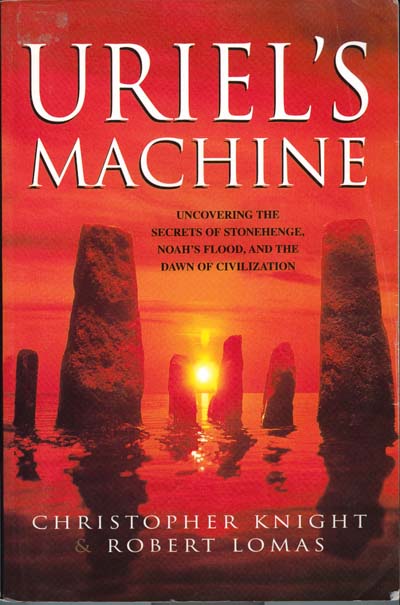 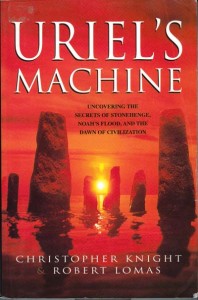 In the Book, ‘Uriel’s Machine’ authors Christopher Knight and Robert Lomas discuss the Book of Enoch and its references to ‘Angels’ and ‘Watchers’. They point out the confusion of differentiation between the two terms and that the Nephilim, or as translated in Greek, ‘Giants’, were their earthly interbred offspring, most of whom, so the legend goes, were drowned in the flood. Nephila is an Aramaic word for the constellation of Orion and curiously Aborigines also have their own version of a ‘Watchers’ legend, the Nurrumbunguttias, who came to earth from Orion. The ancient Egyptians also had their Watchers legend, the Urshu.

By reviewing the Book of Enoch, the authors Knight and Lomas claim to establish the likely region that its contents describe. From this they deduct that the Watchers may have been the Grooved Ware people who resided between latitudes 51 – 59 degrees North and longitudes of 2 degrees East and 10 degrees West. Legends of the Watchers describe them as being from a distant land where civilization had long been established. Jewish legends are impossible to date accurately but the legend would have predated Moses and the Exodus, and combined with Egyptian history would mean the stories would refer to a time earlier than 5,100 years ago.

If we give thought to the changes in the legend that would have occurred over time, rather like Chinese whispers, and look for sense in the story, therefore moving aside notions of heavenly beings or apparent nonsense of visitors from another star system, then just maybe we are hearing of a technologically advanced group of people who enthralled folk of lesser knowledge and development?