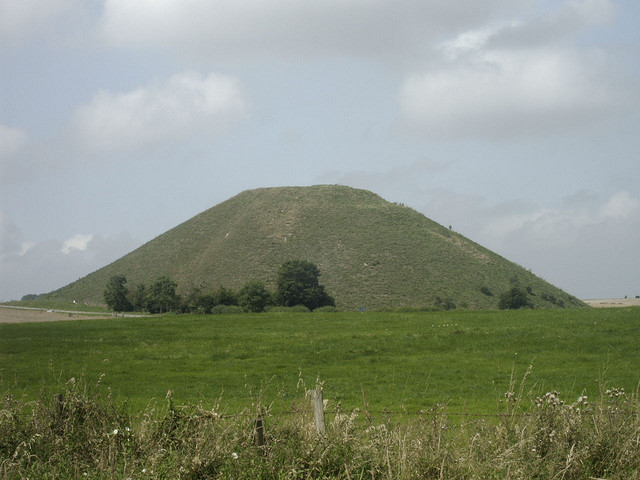 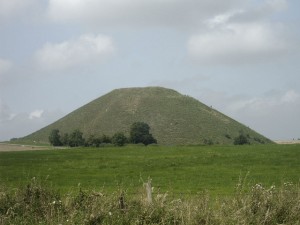 Silbury Hill in Wiltshire, England, is the largest artificial mound in Europe. It is situated near ancient tombs and the largest prehistoric stone circle in the British Isles at Avebury. It is 130 feet high and 500 feet in diameter. It is built from chalk that leaves a ditch that surrounds it 125 feet wide. The reason it was built remains a mystery.

In 1776 and 1849, people keen to discover what might lie at the centre of the mound excavated tunnel but found nothing. At its centre was just a mound of soil and grass that is about 17 feet tall and has a radius of 100 feet. In 1996, further efforts to explore the tunnels were instigated by the BBC, lead by Professor Richard Atkinson of Cardiff University. Nothing was found, dispelling that it had been built as a tomb, but it was reckoned, as in 1849, that the hill was developed in three stages beginning 2500 B.C. 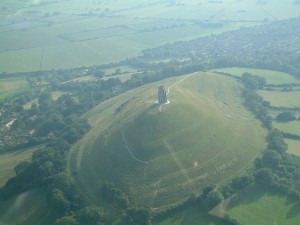 Just fifty miles away from the Silbury mound is the Town of Glastonbury. Here there is a ‘Tor’ which, although a natural mound, offers conjecture over how, why and when the spiral terracing to the top was done. A limited number of excavations to date have found flints dating from Palaeolithic and Neolithic times (10,000 – 2000 B.C.) indicating that the tor was at least visited during the Stone Age. An axe was also found. 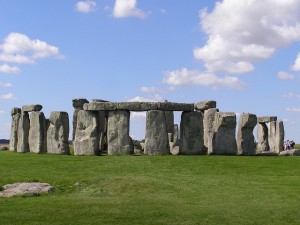 On Salisbury plain is the prehistoric construction of Stone Henge. The layout of Stone Henge can be seen as either complex or chaotic. It is said that is has been erected over three different periods of time. Given its monumental undertaking, it would seem reasonable to think that each time additions occurred, they would have been completed with a knowledgeable regard for what was already present, and that the additions were purposeful, but not necessarily so. Either way, as an ancient structure its purpose remains puzzling. Its centre comprises a circle of sarsen stones (a hard limestone) carved to form vertical blocks that stand thirteen feet with horizontal slabs resting upon them. These are said to have been sourced from around twenty miles away. Within this is a ring of smaller stones that are of bluestone from a site in Wales, 160 miles away, (different distances are sometimes and inside of this is a set of very large sarsen trilithons which form a horseshoe shape standing twenty feet high. Beyond this stone circle is a ditch with a raised bank formed by the excavated soil. Just inside the perimeter of this ditch have been found fifty six holes named after a seventeenth-century antiquarian called John Aubrey. Possibly stones once stood at these positions. In some instances, evidence of burials has been found when excavating these backfilled holes. Just beyond this perimeter, to the north east, is a sarsen ‘Heel Stone’ situated with what has been described as an avenue leading from the north east into the complex.

Very little is factually known about Stonehenge. Its layout had been arranged so that from the centre of the complex, the sun could be seen rising above the Heel Stone in midsummer. (Providing it was not a cloudy day of course). That’s one fact at least. But it is not known why it was built, why the choice of specific stones, why their arrangement, why the location, how the stones were moved and raised. The ability to carry and move large stones bears connection to a knowledge and skill that evidently existed around the world in ancient times, but what that knowledge, skill and perhaps associated technology, remains lost to us. 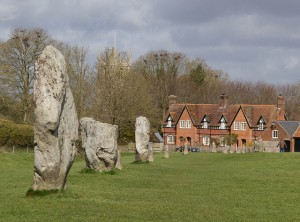 English Heritage proves the following description of the site of Avebury:

“Avebury is a Neolithic henge monument containing three stone circles, around the village of Avebury in Wiltshire, in southwest England. Built and altered over many centuries from about 2850 BC to 2200 BC, it now appears as a huge circular bank and ditch, enclosing an area of 281 ⁄2 acres, including part of Avebury village. Within this ‘henge’ ditch is an inner circle of great standing stones, enclosing two more stone circles, each with a central feature”.