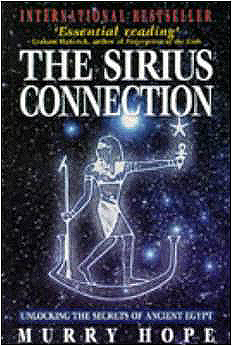 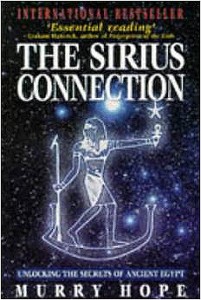 When reading the book ‘The Sirius Connection’ by Murry Hope I came upon an item that dealt with the colour of eyes as found in early Egyptian statues which I found interesting for two reasons. Firstly because it raised a curiosity as to why, in the context of early Egyptian origins, the eyes in the earliest known depictions of Egyptian sculpture, were either blue, or grey, but not brown as may have been expected, and secondly because of the way in which quartz had been used to fulfill the presence of an eye. Hope cites the author and Egyptologist, John Anthony West for bringing to her attention in his work how there are early examples of Egyptian statues in which the inlaid eyes are either blue or grey in colour. Hope writes that she reckons to have noticed how depictions of deities such as Horus showed them with eyes that had a blue pupil, without stating where those depictions can be seen though for comparison of opinion.  Hope thinks that the colour of these eyes is another token of a trace of evidence in the quest to believe in a legacy from pre-dynastic ‘mysterious strangers’ who have left and infiltrated their mark within myth and culture. See Eyes in Early Egyptian Statues

Perhaps it’s apropos to state a little background to Murry Hope and her writing. The inherent quest of this book is the author’s dissemination of her interest and belief in extraterrestrials, their visit and interaction with planet Earth and its indigenous people. For her, and other others that purport the existence and visitation of alien intelligence, it was the ‘Anunnaki’, along with their earthly interbred offspring the ‘Nephilim’, who brought knowledge, technology and civilisation to the hunter gatherers of Earth. Hope writes with a belief in Atlantis and interweaves these notions with the planet Sirius also from whence aliens came. She has claimed that a hypnotherapist helped her to unlock deeply-hidden memories of life as an advanced soul from Sirius. She wrote books about this subsequently. A reader such as myself would be dismissive of such stuff and nonsense and think dismissively similarly of Hope’s book ‘The Sirius Connection’. However, these authors and their books, or websites, nevertheless do pull in a range of ideas and substantiated, relevant facts that can be useful and of interest to pick out.

It is, perhaps, unfortunate that there are very few readers and interpreters of ancient Sumerian texts, or at least few who have been able to put their interpretations in front of a lay audience with any popularity. (That’s what I’m gathering anyhow). It is writers, such as Zecharia Sitchin, who in their claim of interpretation, have similarly perpetuated these ideas, putting them into several published books. Though not an easy read, they have gained Setchin many followers and believers. It is his interpretation that there was a twelfth planet, Nibiru, orbiting the Earth every 3600 years from which aliens came via a mother ship as it neared, to obtain needed mineral resources. It sounds ridiculous and so, Contrary to this, his ideas, if interpretations, have been rejected by scientists and academics, who dismiss his work as pseudoscience and pseudo history, criticising it for using a flawed methodology and mistranslating ancient texts as well as for incorrect astronomical and scientific claims.

How Egyptians seemed to have evolved their abilities so quickly is interesting. Perhaps it did emerge from a meeting of peoples of varied intellect and knowledge, perhaps it did grow gradually, not quickly, and was renewed during and following successive catastrophes, within minorities, quietly, but without advertising and publications, gradually. Like the Renaissance beginning in the early 15th century, blooming into recognition greatly in the 17th century. But not extraterrestrial in its development is my take on it.