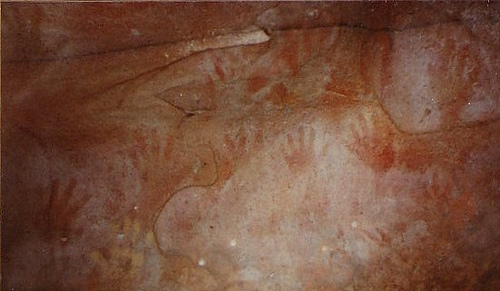 Red disks, hand stencils and club-shaped drawings lining the walls of several Stone Age caves in Spain were painted so long ago that Neanderthals might have been their makers, say researchers armed with a high-powered method for dating ancient stone. 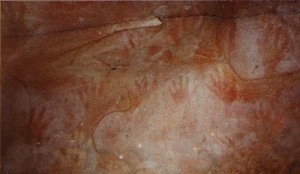 Scientists have struggled for more than a century to determine the ages of Europe’s striking Stone Age cave paintings. A new rock-dating technique, which uses bits of mineralized stone to estimate minimum and maximum ages of ancient paintings, finds that European cave art started earlier than researchers have assumed — at least 40,800 years ago, say archaeologist Alistair Pike of the University of Bristol in England and his colleagues.

Pike’s team presents its findings in the June 15 Science.

Previous age estimates were based on stylistic comparisons of drawings in different caves and radiocarbon dates for ancient pigments containing charcoal or other organic material. That research indicated that people began creating cave paintings in Europe possibly 36,000 years ago. Some researchers suspect that Homo sapiens made rapid advances in symbolic thinking around that time.