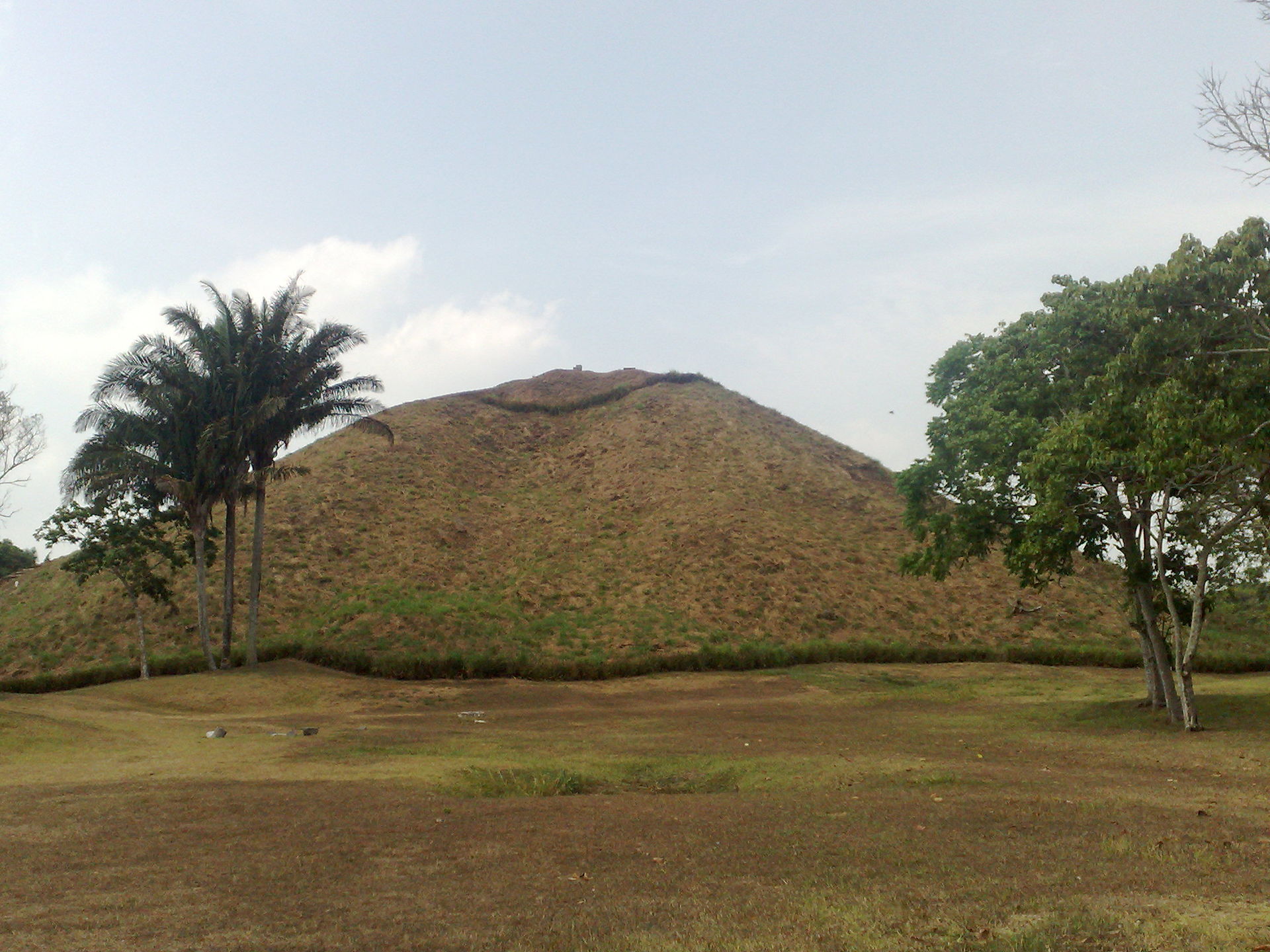 The Great Pyramid, is the central building in the city layout of la Venta. 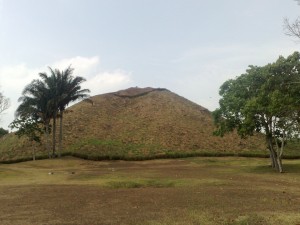 It is constructed almost entirely out of clay, and is easily seen from far away. The structure is built on top of a closed-in platform—this is where Blom and La Farge discovered Altars 2 and 3, thereby discovering La Venta and the Olmec civilization. A carbon sample from a burned area of the Structure surface resulted in the date of 394 +/- 30 BCE.

This Great Pyramid is one of the earliest pyramids known in Mesoamerica. It’s 110 ft (34 m) high and contains an estimated 100,000 cubic meters of earth fill.

Recent work by Rebecca Gonzalez Lauck has shown that the pyramid is a rectangular pyramid with stepped sides and inset corners. The current shape is most likely due to 2500 years of erosion.

The pyramid itself has never been excavated, but a magnetometer survey in 1967 found an anomaly high on the south side of the pyramid. Speculation ranges from a section of burned clay to a cache of buried offerings to a tomb. Curiosity wonders why it is yet to be excavated and what, if anything, may be found there.

Photo by Alfonsobouchot (Own work) [Public domain], via Wikimedia Commons