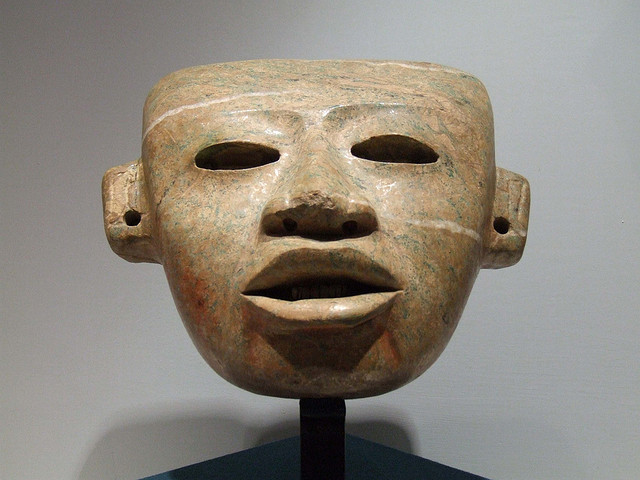 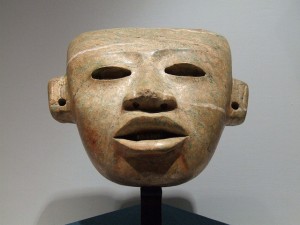 With an interest for the role of quartz in ancient history, the article by Josh Fischman, about the work of Timothy Rose and Jane Walsh at the Smithsonian National Museum of Natural History, published online in American Scientific, caught my attention.

Fischman writes of how, prior to recent microscopic analysis, two aspects of the famous stone masks found at the Pre-Columbian city of Teotihuacan in Mexico were thought to have been aptly established; that the masks were made locally within the city complex and that they were made of Jadeite. However, it transpires following the results using a low-vacuum electron microscope that neither of these assumptions were correct. Not only do the findings indicate that the masks were made some distance away, they also identify the substance from which they are made, minerals such as serpentinite, limestone and travertine, which are softer than jadeite. Although the mask makers themselves have not been located, it is thought that they were imported into the city at a time when Teotihuacan was an important trading centre, represented by its splendid pyramids, broad boulevards, buildings and various structures. It is estimated that at had 100,000 inhabitants at its peak.