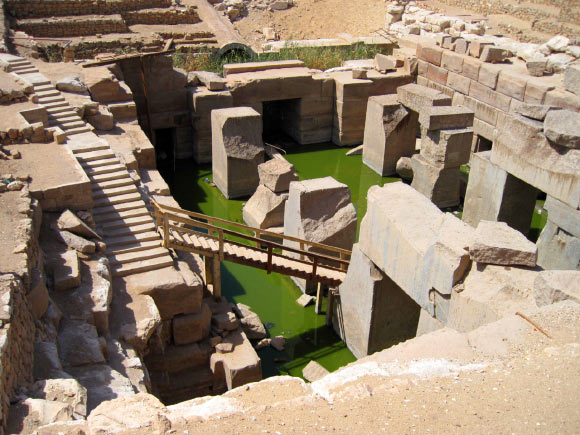 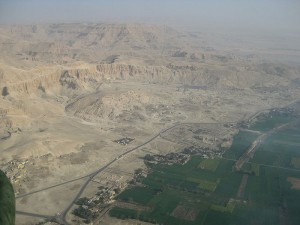 Archaeologists from the Min Project have discovered an ancient reproduction of Osireion in Theban Necropolis, an area of the west bank of the Nile, opposite Thebes in Egypt. 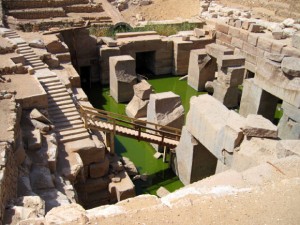 The find, dubbed Kampp 327, is a multi-level complex built sometime between 8th and 6th century BC.

It is part of an older and bigger architectural structure known as the Tomb of Min.

According to the scientists, “Min was Mayor of Tjeny (Thinis) and the Oasis, Overseer of the prophets of Osiris and Onuris and tutor of Amenhotep II during the reign of Thutmosis III, in the 18th Dynasty.”

The main feature of Kampp 327 is a large hall supported by five pillars, with a staircase leading down to a chapel dedicated to Egyptian supreme deity Osiris.

The chapel has a carving of Osiris and is surrounded by a corridor.

A 9-m-long shaft leads from the chapel to another room with a second shaft that goes down for 6 meters into two rooms.

A chamber to the west of the chapel features reliefs of guardian demons holding knives. It is connected to a 7-meter shaft right in front to another empty room. Two rooms full of debris are located at the bottom of the shaft.

The complex, according to the archaeologists, is a smaller version of the famous Osireion – a temple built during the reign of Egyptian pharaoh Seti I in the city of Abydos and dedicated to the worship of Osiris.

via Ancient Replica of Osireion Unearthed in Egypt | Archaeology | Sci-News.com.