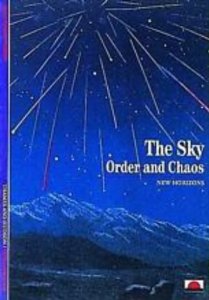 The following is an extract from a book called The Sky, Order and Chaos by Jean-Pierre Verdet and Anthony Zielonka which surmises and describes many aspects of wonder that our early ancestors would have pondered upon, the consequences of which leads to the kinds of questions Quantum Gaze interest and intrigue seeks to explore.

“For more than a million years, one hears nothing of mankind. Human beings left very little evidence of their technical achievements, and even though those artifacts that have been found – sharpened pebbles, tools made of stone fragments, scrapers – presuppose a degree of intelligence, there is no material evidence testifying to their mental activity. It was only in the last part of the Stone Age, approximately 50,000 years ago, that evidence of human expression appeared: bones decorated with red pigment, small balls of limestone adorned with bits of stone and fragments of bone, the first engraved stones, the first attempts at sculpture, the first tombs. On the earliest engraved stones one can make out groups of stars, or constellations, indicating that even prehistoric people fixed their gaze upon the sky.

From the dawn of time people have observed unchanging regularities in the cosmos days, seasons and phases of the moon.

From the moment they first connected the alternation of night and day with the motion of the heavens, human beings have been fascinated by astronomy, or the science of celestial bodies – their origins, their composition, their movements. Long before they knew how to write, people knew the phases of the moon, which formed the basis of the first calendars. They noticed the periodic return of the seasons. They watched the daily movement of the stars, which they saw as circular and uniform, and observed every night that the stars reappeared in the sky in what seemed to be permanent arrangements; they found it useful to group the stars into constellations and sometimes to label them according to the images they saw in them. Scholars believe that even from prehistoric times the study of the sky has stimulated a dual development in human thought: the search for natural and unchanging laws by which events, such as those that occur in or derive from the sky, could be understood ands so planned for, and the temptation to place in the sky, which then appeared inaccessible, omnipotent beings to explain many of those mysterious and sometimes frightening events.

Links between certain celestial and earthly phenomena were recognised from an early period. For example, the phases of the moon could be correlated with the schedule of the tides, and the succession of the seasons with the sun’s progress through the stars. Evidence of specific, labelled constellations of stars – the Bull, the Scorpion and the Lion – can be traced to the Euphrates valley around 4000 BC. It was much later, probably sometime in the 5th century BC, that the ecliptic – the apparent path of the sun through the heavens during the course of a calendar year – was identified in Babylon, and perhaps in Greece also. The Babylonians took all the stars that fell across the ecliptic and divided them into the twelve constellations known today as the signs of the zodiac. They studied the positions of these stars in relation to other celestial bodies in order to determine the wishes of their gods and assure the well-being of their kings, and they developed stories, or myths, that connected occurrences in the sky with the activities of the gods. The study of the influence of the stars and planets on human affairs became known as astrology.

Order and disorder, those fundamental opposites, appear in both scientific and popular studies of the night sky.

Early people must have been fascinated also by the movement of the planets against the great network of the stars. Along with the major periodical astronomical phenomena there occurred exceptional, often spectacular events, such as solar or lunar eclipses or the appearance of comets or shooting stars. The sky overhead could also grow angry, producing thunder and lighting, flooding rains and violent windstorms such as hurricanes or tornadoes. Thus, along with the order that controlled so many constant and apparently eternal events, there existed an unpredictable and often terrifying disorder. The duality is reflected in many creation myths that show the universe emerging out of chaos, returning to disorder and bursting forth again, regenerated and reordered.