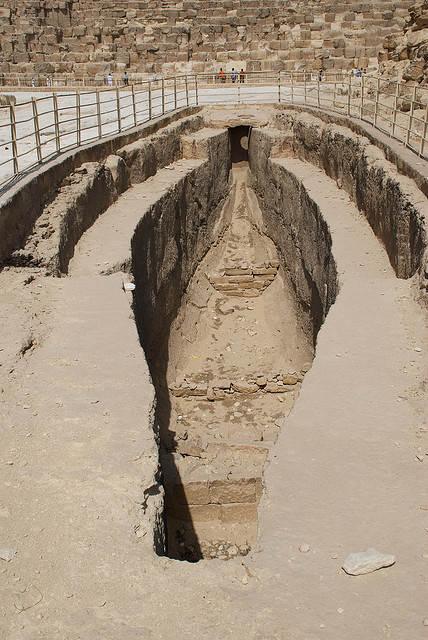 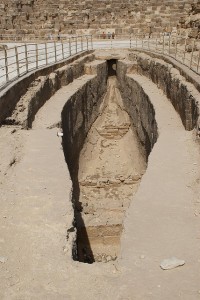 While supporting their ideas for how the Great Pyramid was built, Samuel Sampson and Michael Read, in their book Floating Stones, Great Pyramid built with Water Power, (Reviewed on Quantum Gaze) they refer to the seven boat pits located around the Great Pyramid. For them, the these pits are evidence of how strategic boats were in the building process whereas more usually these are referred to in the context of a ceremonial use only. The pits are carved into the limestone rock but although five of them are boat shaped, they contain, or never contained any boats. The other two pits are rectangular in shape and do contain boats. They were covered with huge limestone lintel blocks sealing them in, keeping them airtight. One of these is yet to be excavated while the other, found disassembled, has been dug up, reassembled and placed on display as the Pharaoh’s funerary boat. 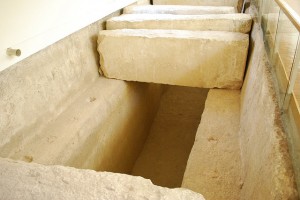 It seems rather slow archeological progress, if Samuel Sampson and Michael Read inform me correctly in their book, that the second of the rectangular pits contains a boat but has yet to be excavated. 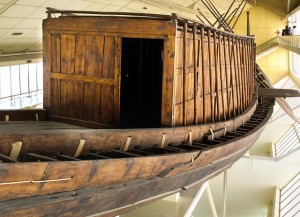